Join our closed facebook group and get access to our weekly mastermind group, discounts on conference and products, see deals for partnership, and network with like minded individuals
I Want to Join Now

A lot of new investors want to be profitable multifamily operators but lack the knowledge, deal flow, experience, and capital to be successful.

They often try to overcome these challenges out of order: slowing or eliminating their ability to get their next deal done. We have developed a framework that allows them to gain the knowledge they need to find profitable deals.

Free Instant Access to Our Video: The Myers Methods 4 Step Process of Investing in Apartments
From the stoop to ownership
In the spring of 2004, Aggie Engineering alums Duron Chandler and Jerome Myers often met on the steps of their apartment building off of Cunningham Street to ponder life and their current circumstances. At this point they both knew that working until the typical retirement age would not be the life-plan they wanted to live out. On this particular occasion, an article from Black Enterprise was being discussed related to how many of the millionaires and billionaires of the world made their fortunes through real estate.
Inspired by the article, and using his finest engineering estimating ability, Duron said, “So if we are each paying $400 a room and there are 18 rooms in this building and 8 buildings...that’s like 60k a month.” Not to be out done by Duron’s mathematical wizardry, Jerome responded, “So you mean to tell me that these 8 acres produce like $700,000 a year and the owner doesn’t even come here?”
They looked at each other and laughed hysterically as they realized that they found their path to financial freedom! 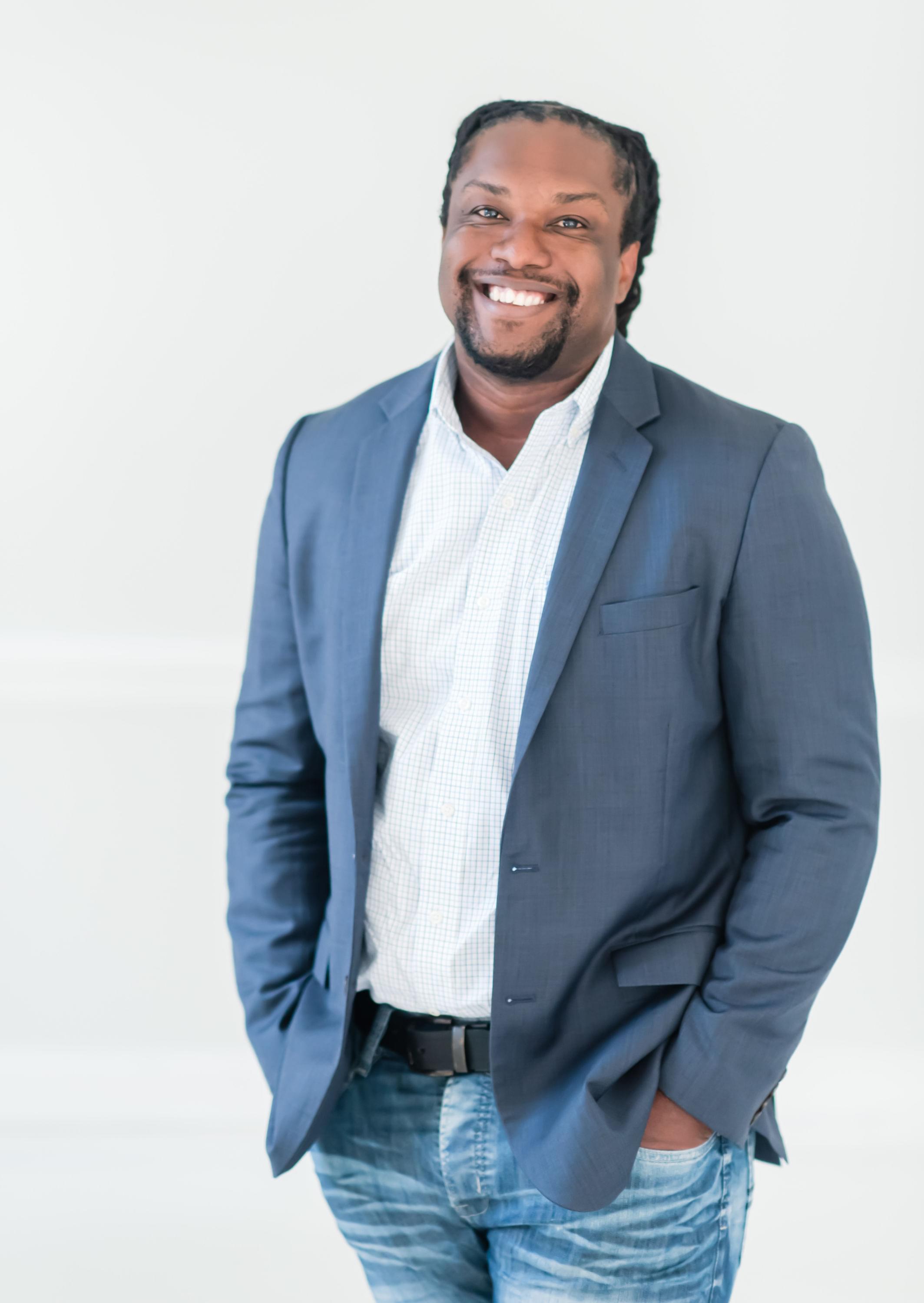 Fifteen years later these friends, ... who had spent time becoming financially fit, spread the word aboutthe concept to others in their circle. The momentum really started to build on this idea in winter of 2016 when Jerome left corporate America to pursue real estate fulltime. It took about a year to find a deal that was “bankable” but there were many other things that needed to be done in that time to position the group for success One of the most important steps was the addition of Dr. James Bryant to the team as the key principle. James, a civil engineering major, graduated from A&T in the late 90s and has been a staple on the civil engineering industrial advisory board. He was intrigued by the concept of uncoupling time and money. The idea of an earlier retirement excited him because it would allow him and his wife to spend more time being deliberate in achieving their mission of impacting everyone they encounter in a positive way as it relates to spirituality and leadership. While in Greensboro visiting family in September of 2018, Devan Paige spent some time with Jerome touring the properties that had been acquired over the past year and listening to him talk about his dream to buy 1,000 doors by 2028 by the end of the day he decided that he also wanted to be an owner of multifamily property. Over the next 6 months Devan spent hundreds of hours learning about multifamily properties, underwriting deals, performing due diligence inspections and working with his friends and family to raise capital. Devan became a general partner on the largest group of units that the group has purchased to date and positioned him to utilize the skills he developed during the pursuit to go do other deals independently. Today these college friends are members of a conglomerate that they formed which purchases multifamily buildings. Recently they breached the 50-unit mark in Greensboro and over 70 in total valued over 5MM, which is projected to produce over $700,000 in gross rents annually. Money is interesting and a necessary part of every business, however, the real mission of the group is rooted in making a positive impact in the community. The mission is to provide safe, comfortable living environments for residents. James and Jerome walked through a property together that they planned to purchase in July 2018. James shared, “It was extremely disheartening to see the deplorable conditions some investors force their residents to live in. This is so much bigger than making money by providing housing. We owe it to ourselves and the community to be a force of good in this industry.” As change agents in the community, these investors are proud to have improved property conditions and are now enjoying increased revenue as a result. Now the focus has shifted back from the asset back to the people who are investing. James’ passion for community and growth has led him to lay the ground work for Betteryou4U (www.betteryou4u.com). This online community will provide education to members who currently have a full-time job working for a company (W2) but are interested in investing in real estate passively. James and his family have grown a considerable nest egg by practicing the principles of the millionaire next door. He and Duron have helped numerous people get out of debt and are living examples of how small adjustments in lifestyle can drastically change your financial picture. All of the Aggies that are involved with these deals are a part of the Dreamcatcher Network (www.DreamsShouldBeReal.com) and have committed themselves to making their dreams reality in a world where we are taught not to aspire to greatness .

The Myers Methods of Multifamily Investing have proven to be the FASTEST way to establish credibility and profitably grow an apartment portfolio. New investors that take this course are well on their way to creating generational wealth for their families, and benefit from the time and location freedom they have now created!

What You'll Learn
BONUS - Get Free Access to Our Video on The Myers Methods
Myers Development Group, LLC
Access our free 4-page report on multifamily investing
secrets NOW!
GET YOUR REPORT